Boy, oh boy, do I have a lot of interesting data to share these days.  Although COVID has driven a lot of it, I've finally been able to dig into some things that have been bugging me forever with the help of my team.  Finally, I think we'll have both -25 modifier and after-hours codes benchmarks!

Until then, let's look at this interesting tidbit.  Here, we have the volume of "telemedicine" based visits (whether done via video, phone, or portal) relative to the overall volume of sick visits.  There's a lot to talk about here.  Click on the graph to pull up a larger version. 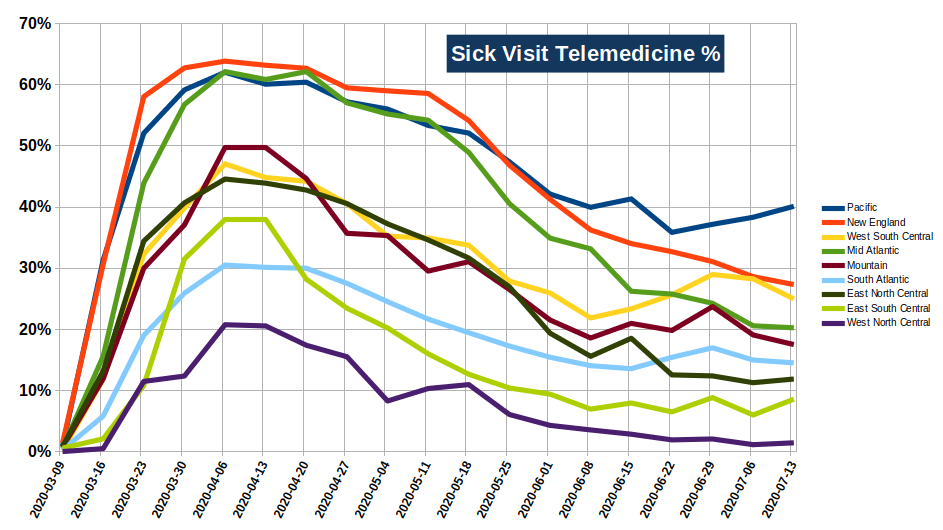 Before I begin, let me review what how the Feds sort these regions:

We don't know what the new normal is yet and the longer that this volume of telemedicine sticks around, the more normal it will become.  Study after study shows that parents prefer telemedicine visits in many circumstances.  Time for us to figure this out.