Back on one of the coding lists, a brave soul asked:

I am curious to know what you are being paid for these. To avoid any questions, please don't tell me the name of the carrier and what they pay......I would greatly appreciate knowing the range of PPO reimbursements for vision and hearing?

With a little help from Igor, I computed the average charge and reimbursement for each of the many modifier permutations our clients used from 2005 through 2007. Normally, I might lump them all together, but I noticed some important trends we should consider. Click on the graph below to zoom in on the results.

What do we learn? There is been a slight decrease in overall 99173 reimbursement since 2007, but that $9.04 our clients received in 2007 (very last columns) is worth millions to them across the country. Two other important items: 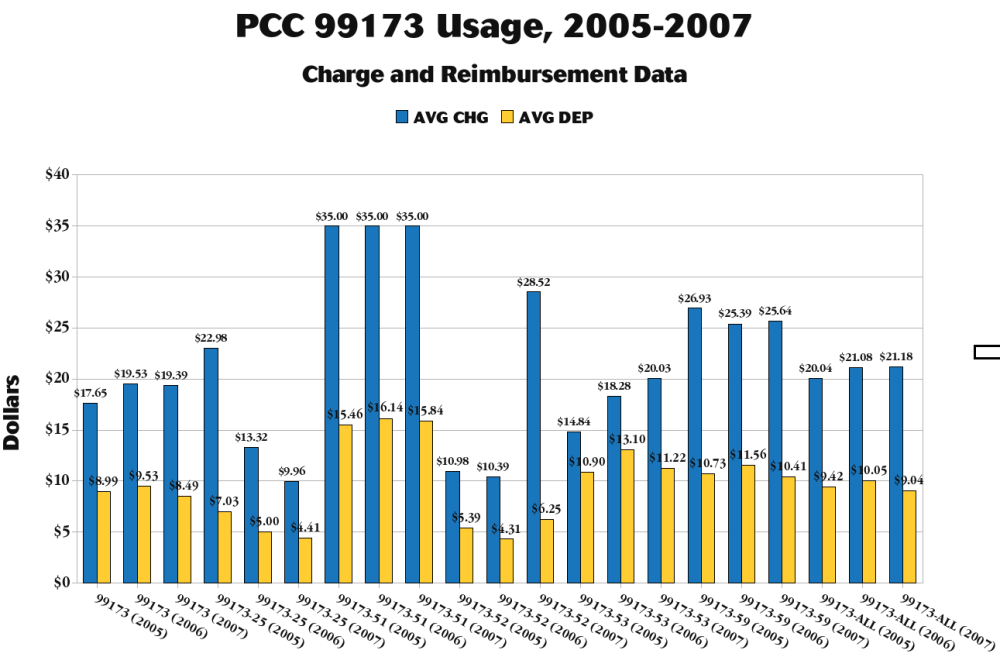