Last week, I posted some data about national visit volume that I hope made clear that the perceived dip in the January 2014 visit volume was largely cyclical and weather related.  Sure, there are some practices whose variance isn't explained so easily.  For example, one of the comments I received reflected my thoughts:

"I think there data would be more clear if your grouped your clients by zip code or region. The weather has a direct influence and sick season probably starts at different times in the east versus west coast."

Let's see!  Below, I've broken the visit data down by US Census categories and pulled out one obvious set of states to see if there are geographical highlights.  Some caveats:

Oh, which states are in which group?

I'm sure I can (and should) drum up more warnings before showing the data, but here it is anyway.  Click on the picture for a zoom-in. 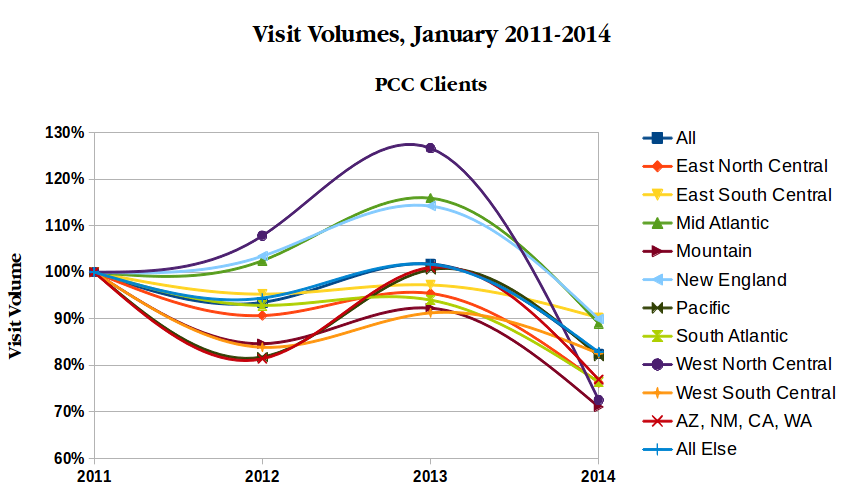 Conclusions, no matter how weak, we can draw from this data:

Next, I will try to tease out sick/well visit rates, perhaps!