Executive summary: imperfect, but compelling, evidence shows that not only are there racial disparities with flu shot administration, it has gotten worse in 2020.

Let's be clear from the top - this data doesn't tell the entire story.  Not only is clinical data sometimes difficult to interpret, but when you add SDOH to the mix, especially race, things get much more complicated.

In an effort to boil of the variables as much as possible, I asked my crew for a quick examination of a specific data set: looking at all the children who have visited PCC clients in 2020, for those who have a race listed in their demographics, how many have received a flu vaccine from the practice and how does that compare to the same time frame in 2019?

The results are sadly expected: 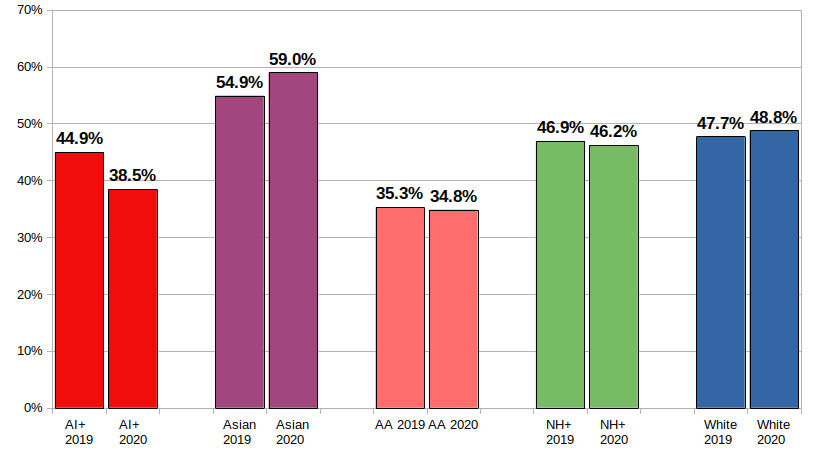 The immediate conclusions to reach from this data should be two-fold: first, American Indians, African Americans, and Native Hawaiian populations have seen a reduction in flu shot volume in 2020 so far.  Second...African Americans already lagged all other populations.  Significantly.

The two populations with the highest administration rate in 2019 - Asian and White - have actually increased in 2020.

This data has many flaws:

...I could keep going, but the story remains the same.  If we look at the race of the patients who received flu shots so far in 2020, not only do some BIPOC populations have lower rates of flu vaccination, it's getting worse for some.

I welcome input, of course.